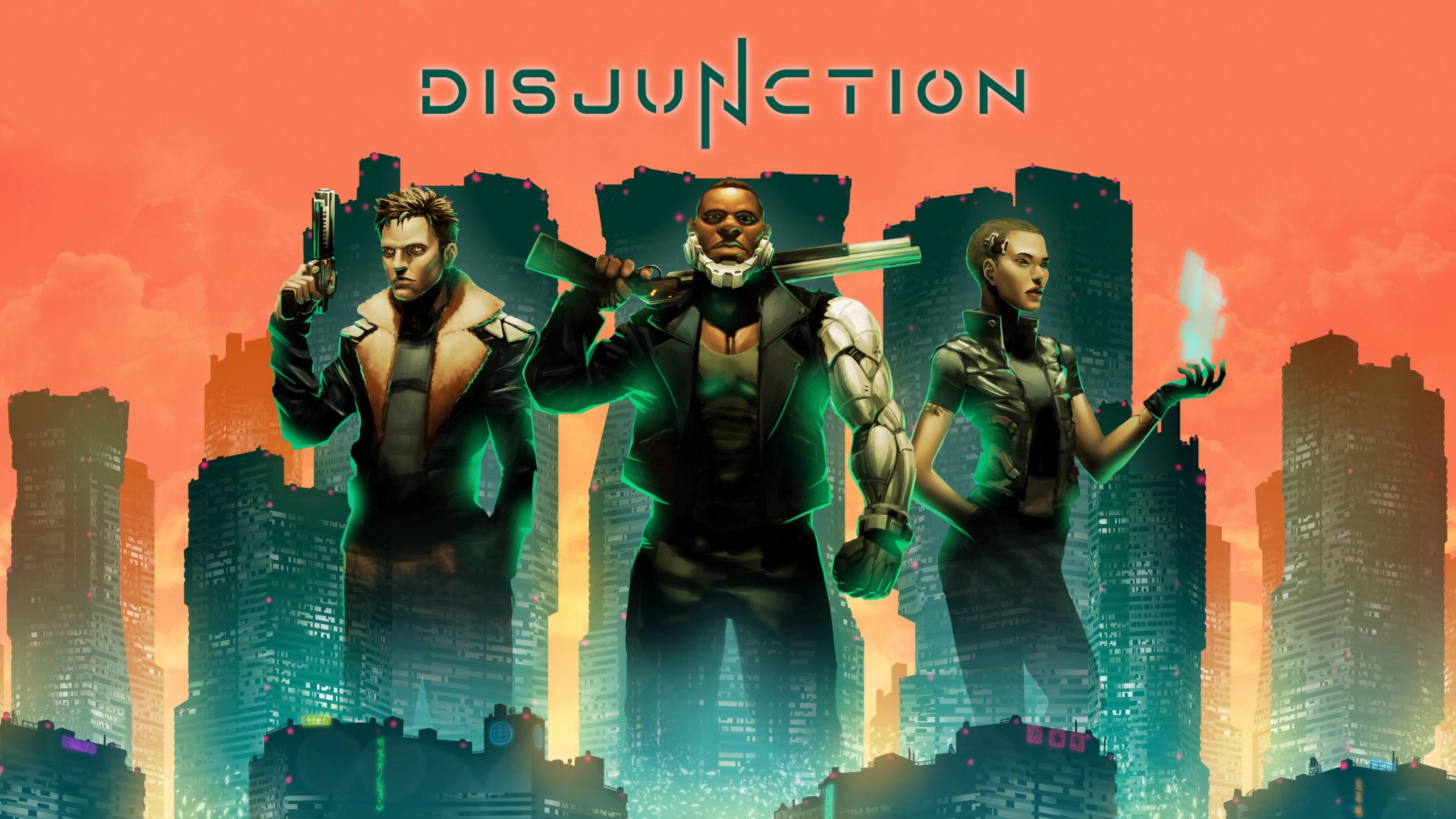 Disjunction is the latest title published by Sold Out Games, the company that brought us No Straight Roads last year. Developer Ape Tribe Games takes cues from 80's sci-fi films to create this adventure. This is a 16-bit action RPG set in a dystopic future New York City. Much of the game asks you to be stealthy. With so many other stealth options, let us see if this one is worth your time.

It is November of 2048 and New York City is falling apart. Central Park is known as Central City, a shantytown for the homeless. Lamar Hubbard, a pillar of this community has been arrested for murdering an officer. He was also said to be in possession of the synthetic drug, Shard. The story begins as you take control of Frank, who is working for Lamar's wife to clear his name.

From the start, things do not add up: Hubbard is neither a killer nor involved with Shard. People keep getting arrested after visiting a non-profit clinic. Lamar's wife suspects a connection and it is up to you to find it. If you love a good mystery, Disjunction will grab you early on. The story also has multiple endings based upon choices you make. I would have liked to have voice acting but this is a minor complaint.

Disjunction has three playable characters: Frank, Joe and Spider. You are free to play however you want, but each has their own specialty. Since you start with Frank, he is an all-rounder. The game does not hold your hand but he is still your tutorial in a sense. Frank can easily switch from stealth to combat, but he is not particularly strong. Joe specializes in physical and weapons combat. He also is the strongest of the trio. Spider is a hacker who specializes in trickery and remaining unseen. Once all three have been introduced, you choose who goes on a mission, adding replay value to the game. Of course, there is even more to how these characters play.

You will upgrade and augment the abilities of these characters across more than thirty levels. There is no right or wrong way to play a level or customize your character. If the abilities you have chosen are not working for you, change them around. Secondary mission objectives provide you with the XP to upgrade and augment. This game is not terribly easy, but the flexibility allows you to find your own way through.

Don't Step Into the Light!

Using stylized pixel art, Disjunction is not going to win any graphical awards, but the solid performance makes up for it. The framerate is stable and the lighting effects are well done. If you remember the original NES Metal Gear, you will have an appreciation for the graphics. I would still love it if this story continued into the 3D realm in the future.

The music is the big standout. Dan Farley composed pieces that complement the story and the overall setting of this bleak NYC. The best part is you can get the soundtrack for two dollars (above regular price). Have a listen to the soundtrack here and pick up the digital deluxe edition to own it.

Will You Connect with Disjunction?

This game will appeal to people for different reasons. I mentioned that the gameplay is similar to the original Metal Gear and that will instantly sell some gamers. Speedrunners will want to set some records for completion time. Unless you hate the art style, there is really no reason to skip this game. The story is engaging and the gameplay is well done. The music sets the tone perfectly. This is definitely an indie title you should pick up.