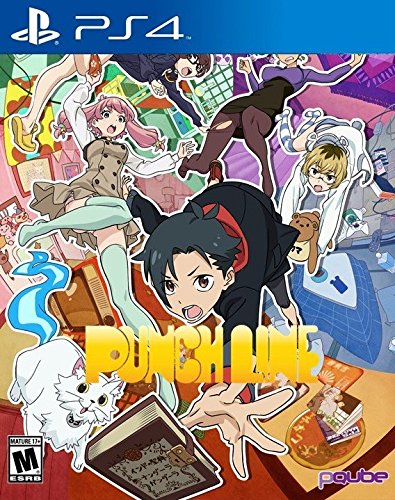 Panties Will Usher In Our Extinction!

I watch anime; a lot of it, to be exact. I enjoy the weirdness of the stories and how they differ from those told over here. A lot of them tend to follow a cookie cutter pattern but now and again something extraordinary pops up. In 2015, one of those shows was Punch Line, from Studio MAPPA. Considering some of the work MAPPA is known for, the show did not stand out much. It was, however, very funny, and featured a protagonist with an interesting power. Now we take a look at the visual novel based upon the story and find out if it is worth your time. 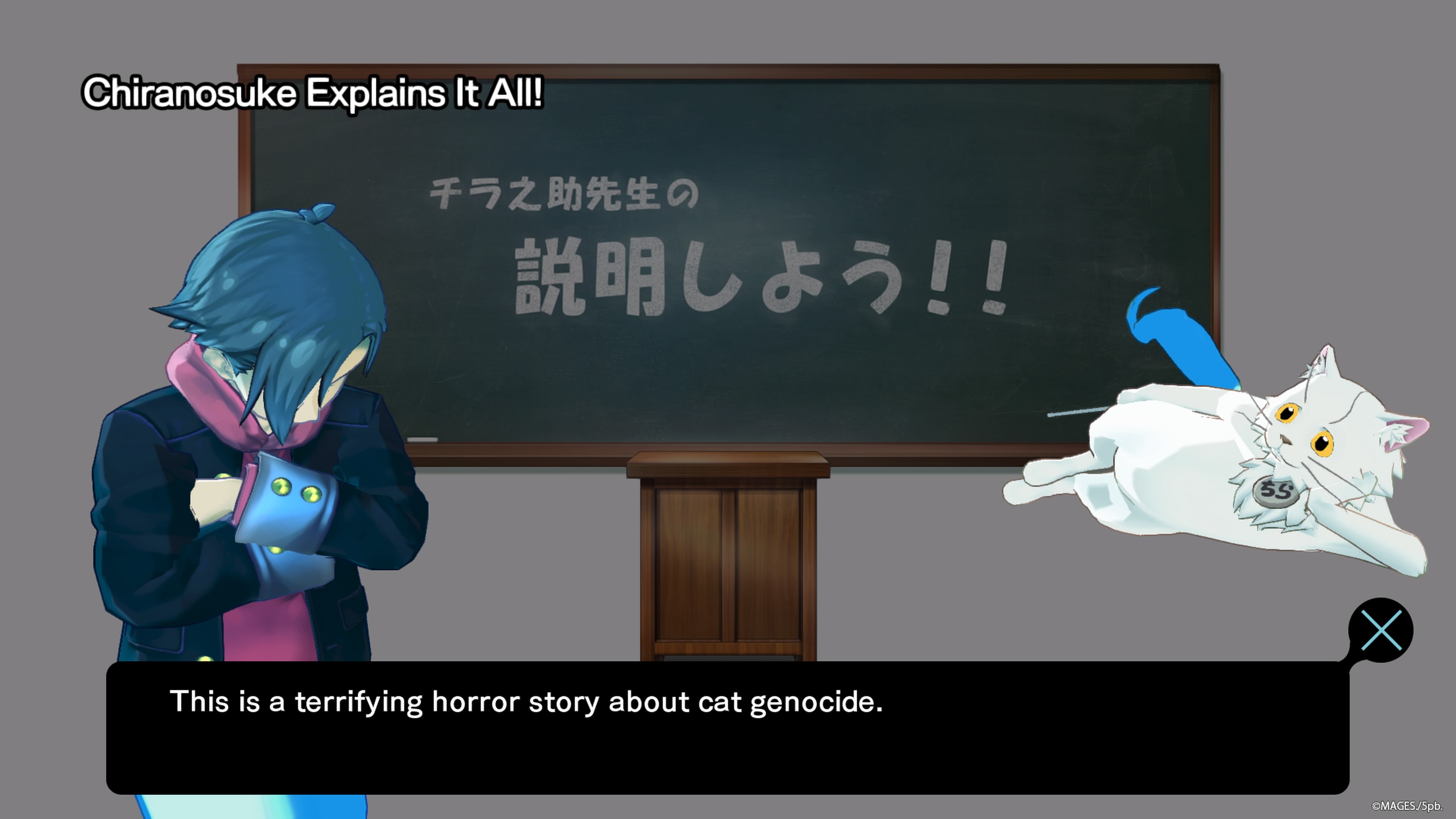 Whose Punch Line Is It Anyway?

The story starts out fairly simple. Yūta Iridatsu is a college student living in “his sister's” apartment while she participates in a foreign exchange program. The excitement of seeing a lady's panties activates his superhuman abilities. The catch is that if he sees panties while in this state, he will inexplicably bring about human extinction. Simultaneously, his spinach is everyone's kryptonite. 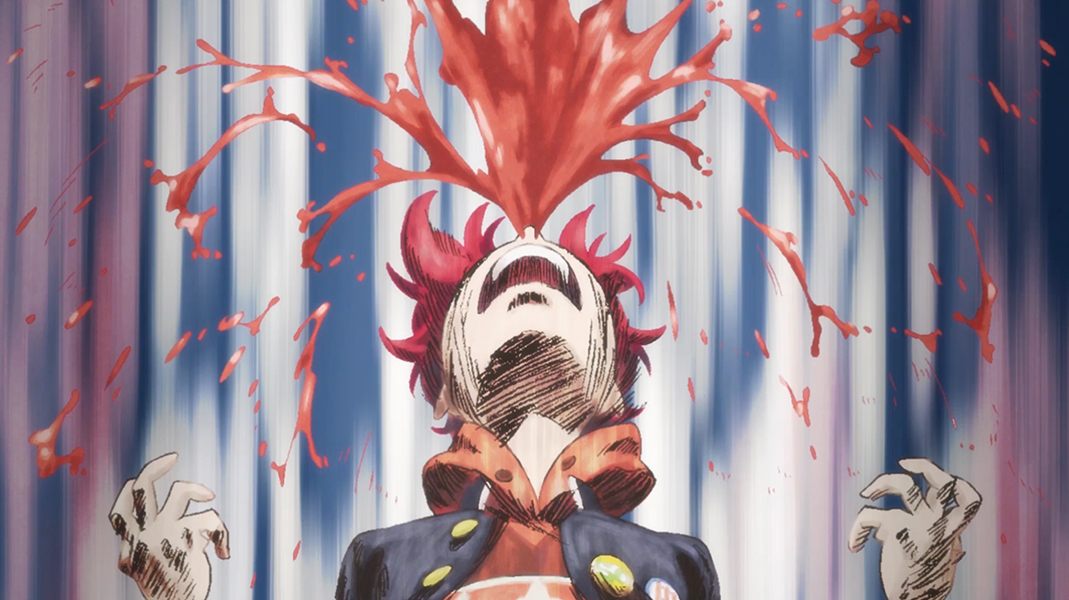 Then Comes the Weird Part

If this were the whole story, things would be simple, I guess. Unfortunately, he is on a bus the day a terrorist group hijacks it. With his power, he subdues their leader but they both fall off a bridge into a river. Yūta is rescued, but the terrorist leader, Ryuuto Teraoka, drowns. At least, his body does. Yūta is rescued and gets hit with a strange light while recovering on the riverbank. This light is another soul, knocking his soul out of his body.

Your Mission, Which You Have No Choice But to Accept

Yūta awakens in Room 203 of Korai House, the apartment building he lives in. Mortal eyes think the apartment vacant but a ghost cat named Chiranosuke lives here. Chiranosuke explains that Yūta is not dead; he just needs to get his body back and not exterminate humanity. That, in short, is the plot. There is a lot of complication between that and a happy ending which I will not spoil for you. As a visual novel, the game will give you every minute detail. 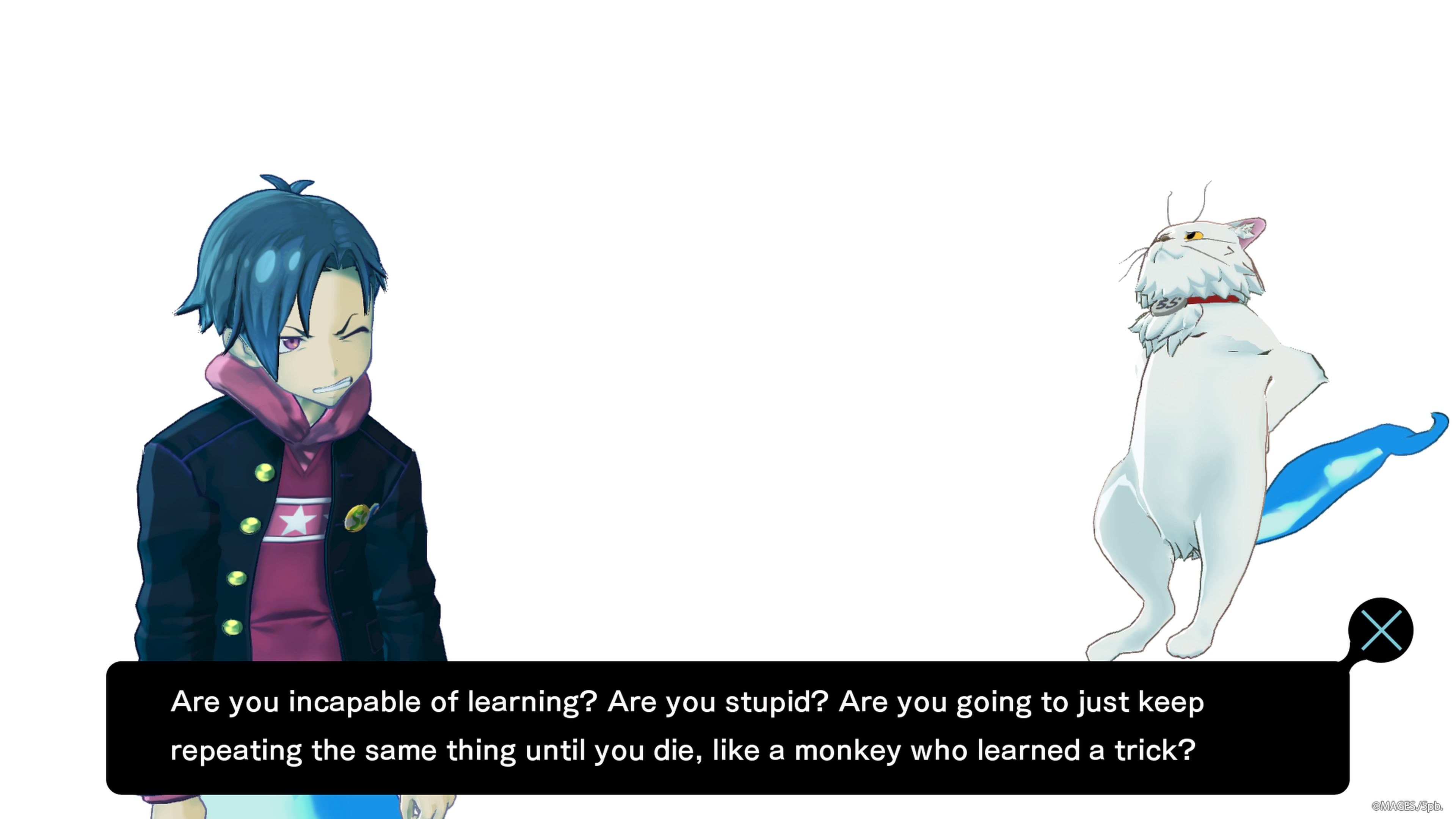 This is only the second visual novel reviewed at R.A.G.E. Works. The main reason we rarely cover the genre is there is a whole lot of story and very little gameplay. I asked to review this game because I enjoyed the anime and want to broaden our review spectrum. That said, know that the game is structured to play like the anime. It has twenty-two episodes (the anime only had twelve) filled with a lot of talking. With that out of the way, let's look at the gameplay. 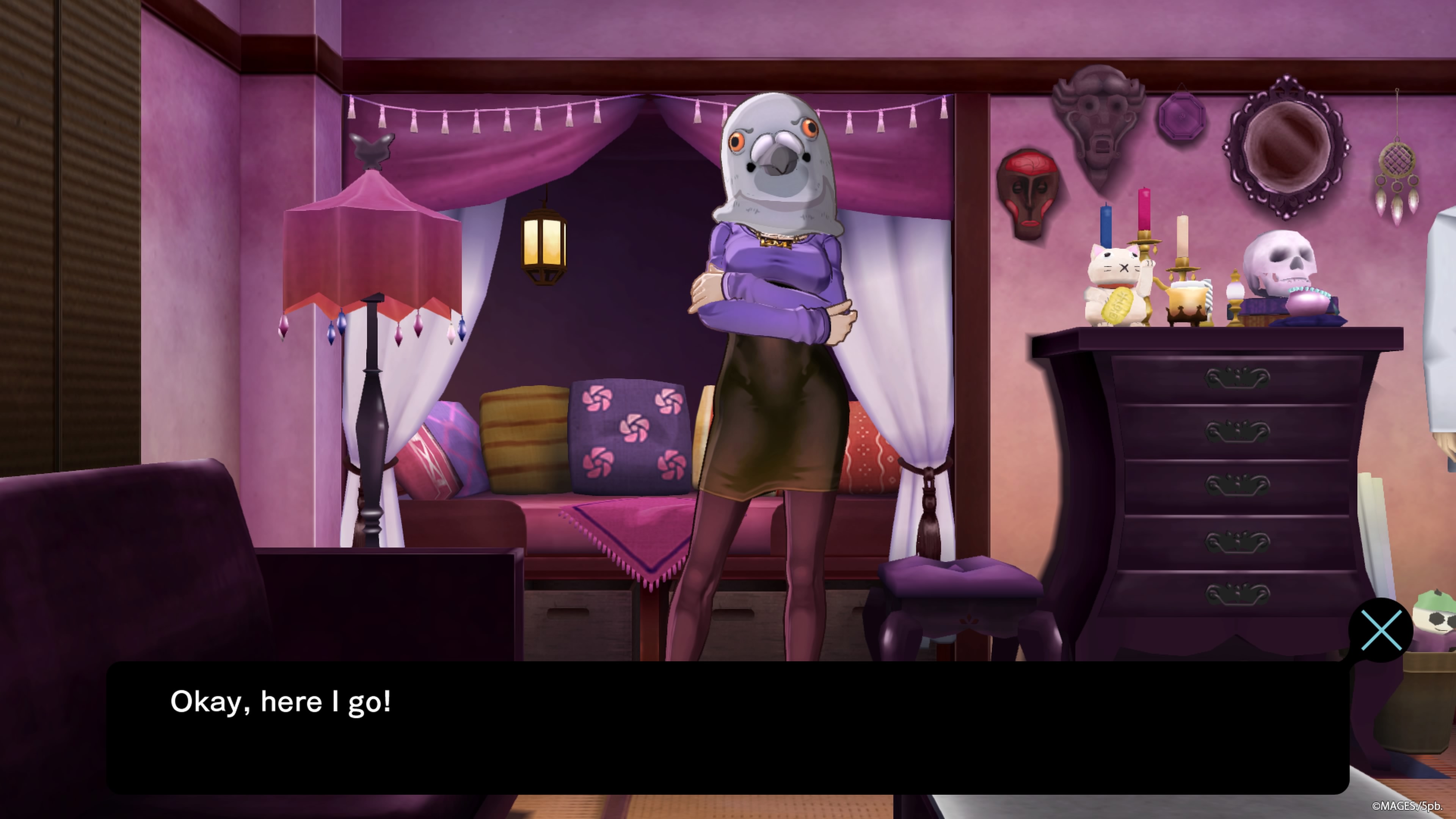 Fortunately, there is a lot of comedy and cultural reference woven into the story, because the gameplay is dry. As an astral body, all Yūta does is knock things over most of the time. The goal is to scare people and increase your spirit power. This is called tricking people. Sometimes you need to trick several of your neighbors at once to make a specific event happen. This is called the trick chain. Trick chain has a puzzle element to it, but it is never very challenging.  If you happen to mess up, humanity goes extinct, but you can try again. You even get an easy mode that removes all wrong choices if you mess up the same trick/chain too many times. 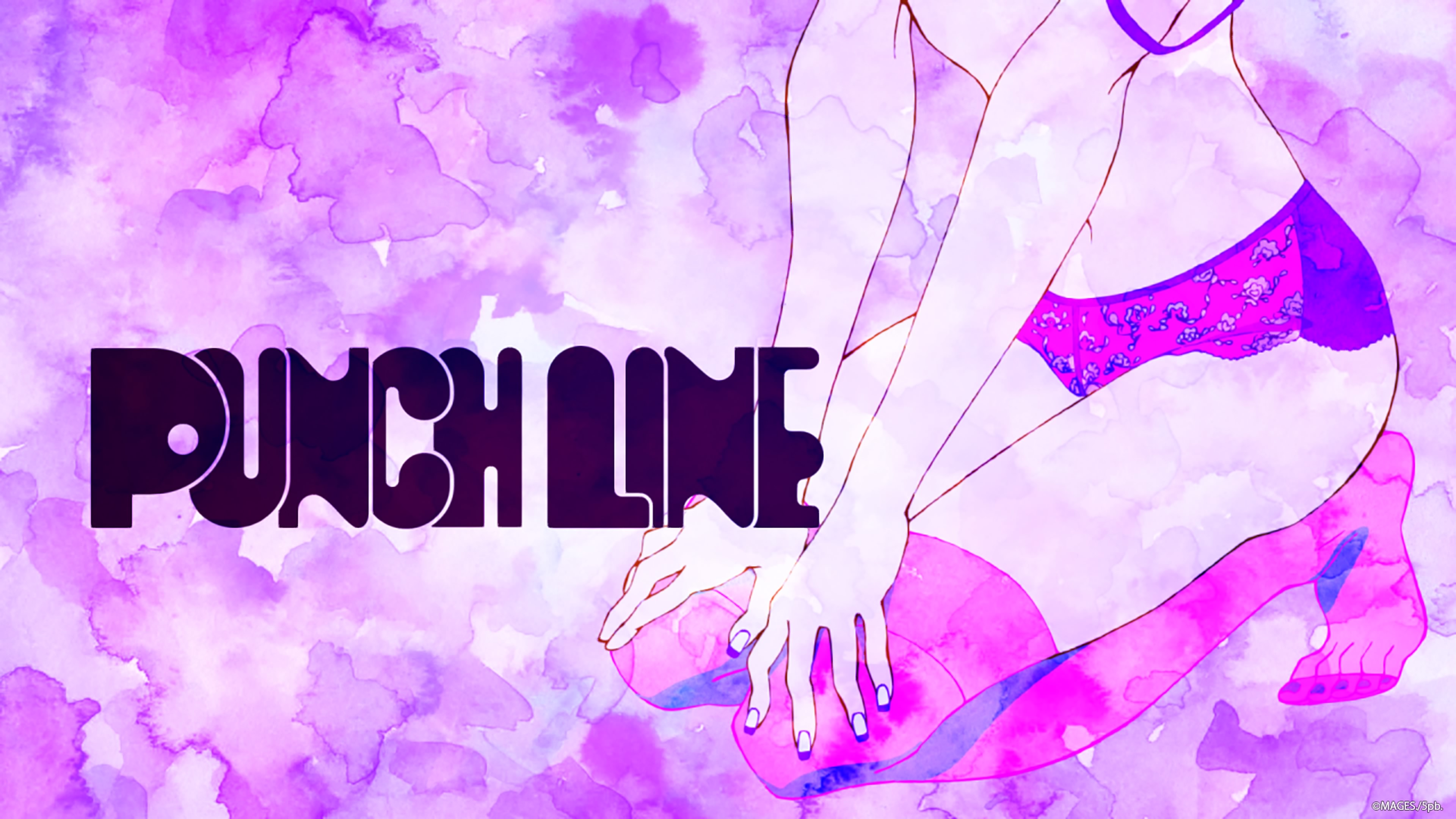 Excluding the lone fight with an enemy, your greatest obstacles are panties and time. You live in a building full of women and they are unaware of your presence. Often they are in compromising positions or you shock them to where their underwear is visible. Stare too long and it is game over. Trophy hunters will want to stare quite a bit; there are trophies tied to extinction. Note that only the first twelve episodes are playable; the final ten are ninety-nine percent story. 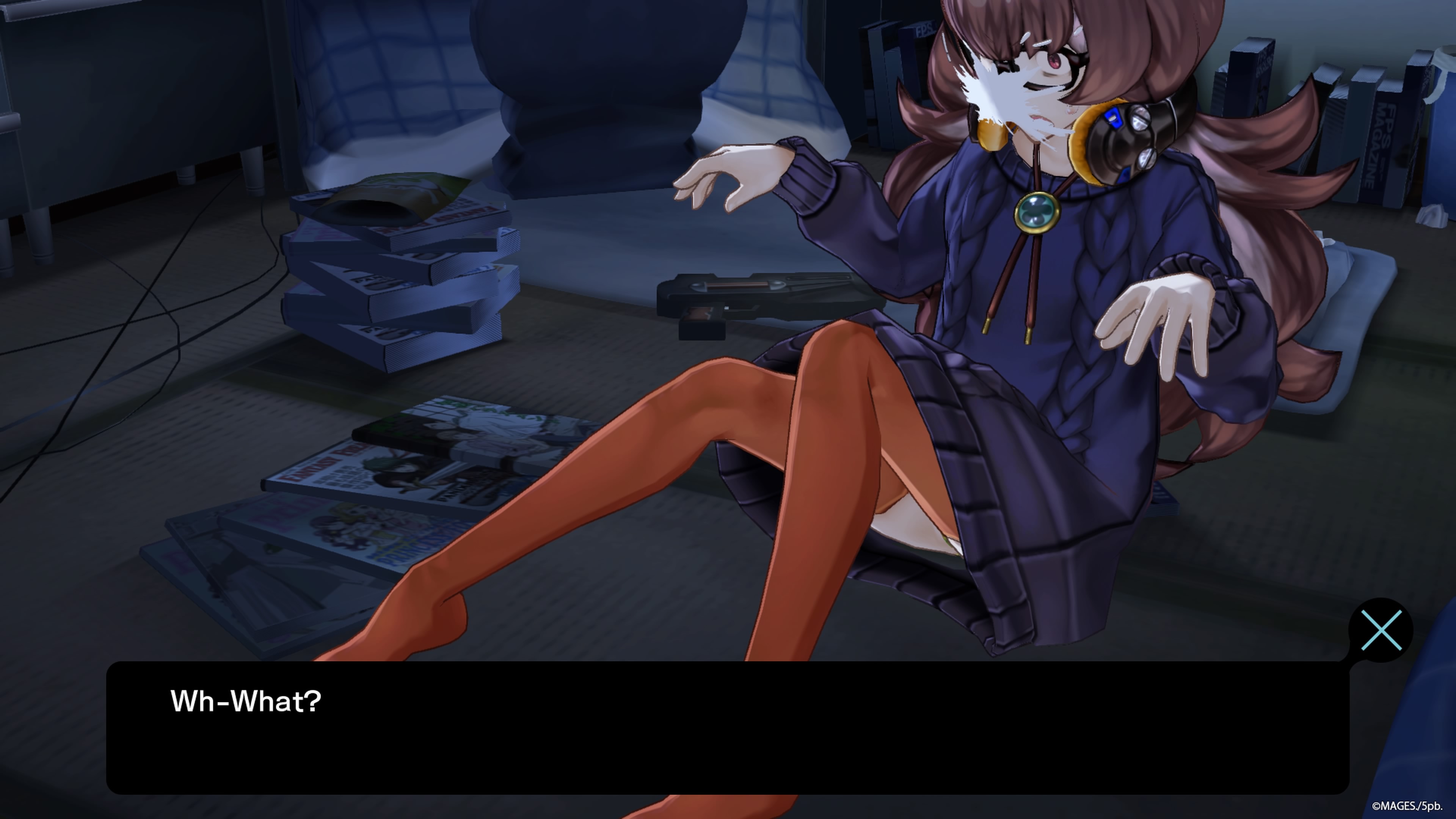 The graphics and effects in Punch Line are all over the place. You have scenes taken directly from the anime that look great. Then there are animated scenes made specifically for the game that do not match the anime's quality. Most of the time you will see the rendered scenes which can often be a mess. Above you see Meika with milk on her face. It looks more like Spider-Man webbed her glasses – and it is not even making contact with her face! Worst of all is the graphics engine looks like early PS3. With a $50 price tag, the game should not have inconsistent visuals, static hair, canned animation or jagged edges. 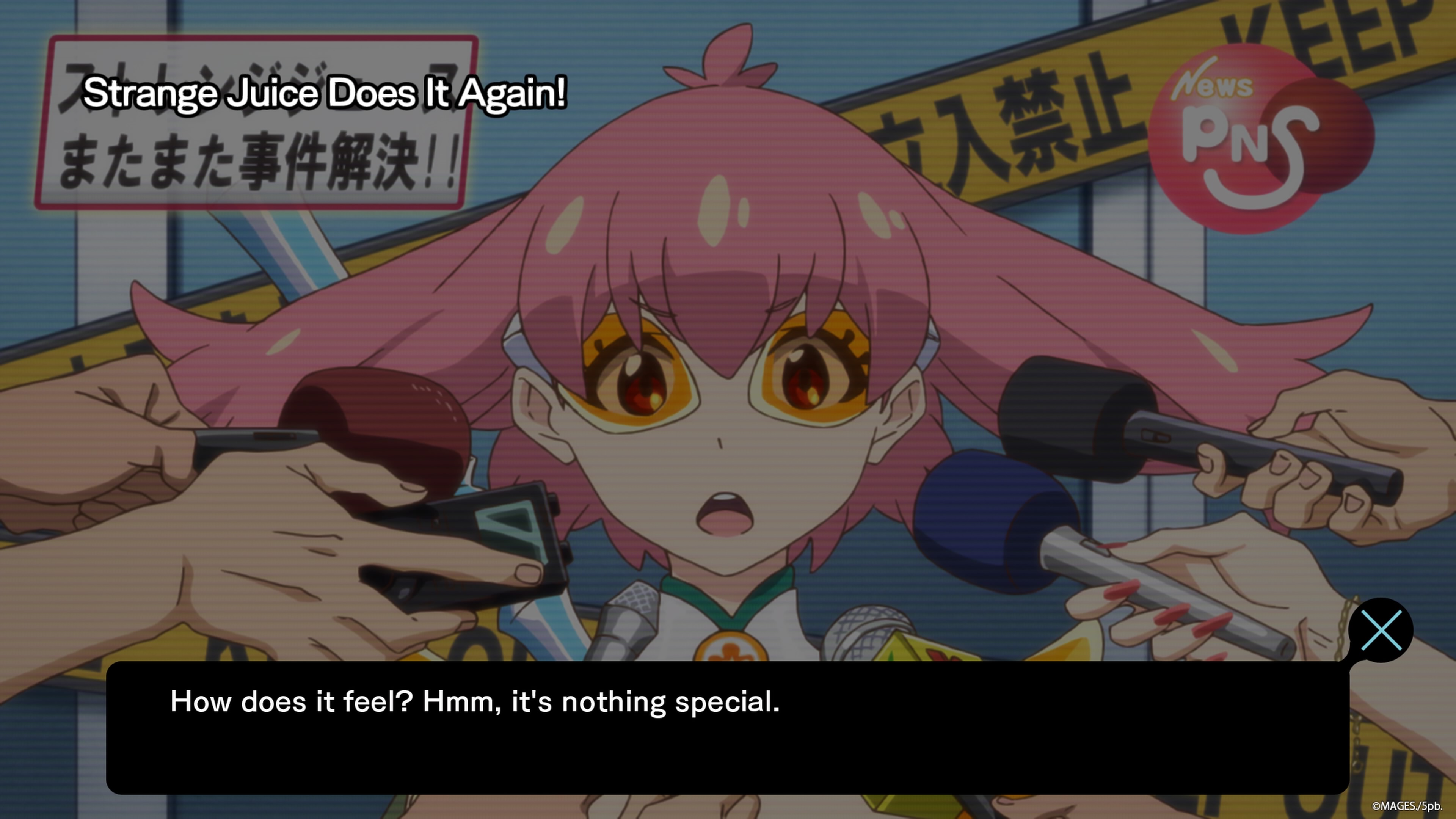 Verdict: Will You Get the ‘Punch Line?'

Don't even touch this game if the visual novel genre is not your cup of tea. More than eighty percent of this game can be simply watched. If you saw the Punch Line anime or read the manga, the story is mostly the same. Since the story plays out like a choose your adventure book, you might enjoy playing as Yūta. The trick and trick chain puzzles are extremely basic, but they accurately represent Yūta's powers. There is very little challenge in Punch Line; trophy hunters will get an easy platinum. I was hoping it would be a little more than an interactive version of the anime. If you do not mind that, pick it up. It costs roughly the same as the anime blu-ray, so it is far from the worst game you could buy.