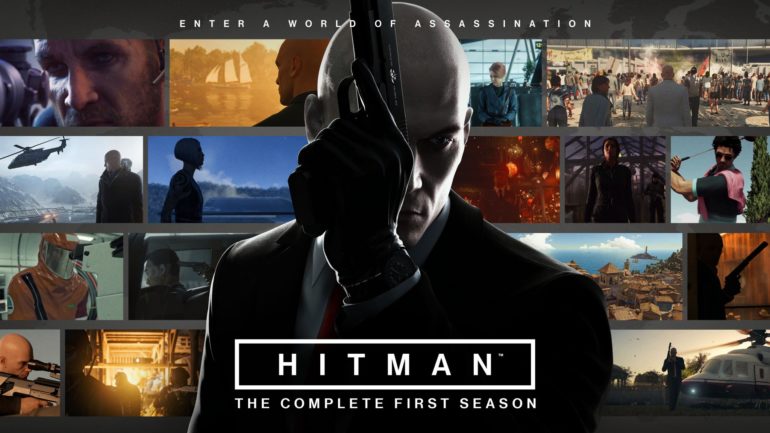 We have seen bold decisions from Square Enix over the past year. There was the ill-fated pre-order campaign for Deus Ex: Mankind Divided that everyone immediately buried. There was also the strange announcement regarding the Final Fantasy VII remake that it would be an episodic release. Right on the heels of that, the same decisions was applied to the new HITMAN game prior to launch. There was much speculation as to why this decision was made; personally, I felt that it was an in-house experiment to see if it can work for Final Fantasy VII. That however, is a discussion for another day. With the release of Episode Six titled “Situs Inversus,” the first season of the new HITMAN title has come to an end. The time has come to see if this ride was worth the price of admission.

Please be advised that the story review is spoiler heavy.

I started to do a breakdown of each episode, but even giving brief synopses of each episode got way too long. The video above explains the story form episodes one through five, including the prelude. To make it as simple as possible, an individual known only as ‘the Shadow Client' has followed Agent 47‘s entire career. It is unclear whether or not he wants him dead, especially since he claims to know 47. The Shadow Client is a master manipulator and his actions have inadvertently caused the ICA to expose Providence. Think the Illuminati on steroids and you have an idea of how powerful and far-reaching Providence is. you will have to play through to Hokkaido on your own to see how things “conclude.”

The story behind this first season of HITMAN was well crafted and far from transparent. The only thing I was knew for sure would be the type of ending experienced in Hokkaido. Regardless of how the communities I frequented would complain about aspects of the game, everyone wanted to know where the story went next. That kind of intrigue is what all good games should have. 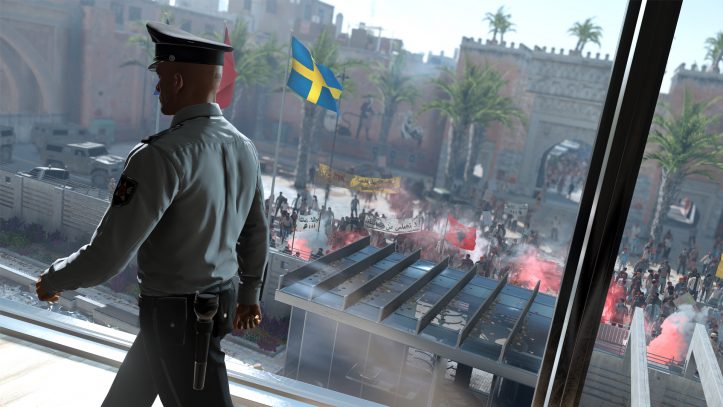 ONE HAND IS ALL I NEED I realized after the fact how bad that sounds, but it is appropriate for this game. During the initial development of HITMAN, Io-Interactive programmed about ninety-nine percent of 47s actions into his right hand. In fact, CQC, sniping and lock picking are about the only things he does with both. This annoyed a huge percentage of the fanbase that were used to dual wielding Silverballers. With this being my first foray into HITMAN, I had nothing to miss, but it was noticeably weird that his left hand seemed to be lame throughout the missions. Until this was pointed out I just took it as a “silent assassin” taking a minimalist approach. Be advised that if you are a returning fan, this is probably going to bother you.

What is most important about HITMAN is stealth and while it is not perfect, it is done better than most. The combination of 47s genetics and training allow him to blend in and even disappear nearly anywhere, but you have to take the steps to make it happen. Making use of cover is more than just standing behind a wall. Knowing how doors will open, what items are considered “no-nos” and what disguises work where is all a part of gaining that Silent Assassin ranking. Once you master that, it is time to throw out safety and go in for a Silent Assassin, Suit Only kill to prove how good you really are. The Freedom Fighters mission in Colorado provides maximum satisfaction for that feat.

As an episodic release that has received over a dozen updates has definitely seen its ups and downs. With every update came complaints that “this doesn't work” or “now this is broken.” There was even a big stink over an announced revision in the Jaeger 7 Lancer sniper rifle. Players were mad that they would no longer be able to shoot through floors; these same people continuously complained to the developers about making the game more realistic. HITMAN, as of the publishing of this article, is far from perfect. Regardless, the episodic release made for a heavily replayable and extremely enjoyable title. Honestly, those who wait until January have missed out. 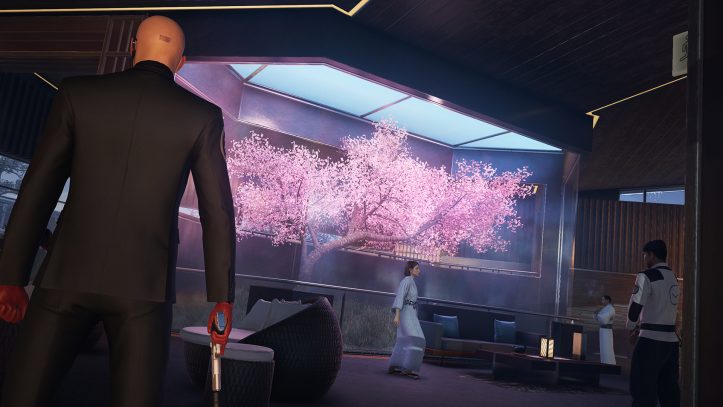 BEAUTY IS THE BEAST Going all the way back to the beta, HITMAN has always flourished with beauty and style. One thing no one has ever been able to complain about is the look of the game. Every locale properly gave off the look and feel of where it was set. Even the ICA training facility which was an abandoned missile silo, was dripping with the effort of Io's designers. The final episode was visually stunning; even before you take control of 47, the snowy shot of Hokkaido is literally awesome. The only level that fell short was Bangkok and even that was a sight to behold. The problem was it felt rushed; it was a small map horizontally and vertically. I have never heard of a luxury hotel with only three floors. It also reused the music from the Paris level which gave it somewhat of a cheapened feel. That was partially fixed by the creation of The Class. “Are We Stars” caught fans by surprise as a good pop song and the unofficial trailer fro the Club 27 episode release:

Watching that video for the first time, everything looks real, but it is 100% in-game footage. The only clues come at the very beginning and end of the track. Jordan Cross is the hit superstar mentioned in every episode of the game and that trademark, tattooed bald head could only belong to our HITMAN. Many more Easter eggs have been included throughout the game's release and IO says that less than half of them have even been found.

While the graphics received (mostly) praise, the sound was heavily criticized from episode two through to the end. The complaint that the same voices were used for NPCs over and over and later that music was reused hit a sore spot for many. While I was upset by the music issue, the voices really did not bother me. People would complain that it spoiled the immersion of the game. I would love to poll these people because I am pretty sure they would be the same ones not complaining about how most of the Star Wars universe has British accents. I mostly found that the music and sound effects were fitting and set the tone for the level they were set in. The only time I found the voicework to be unacceptable was in Elusive Target #10. Apparently IO was unable to get Mary Elizabeth McGlynn to reprise her role as Dalia Margolis. This would not have been so bad if the mission had not put you in places where you heard the original voice work from her and then the new work from her replacement (unsure of actress' name). The voices were not even remotely similar. For me that was inexcusably sloppy. The overall audio of the game is a mixed bag, but rest assured that there is more to enjoy than dislike.

The awful looking frowny face of Viktor Novikov (above) is one of my personal favorite moments in the game. Fortunately, the whole of HITMAN season one has more reasons to smile. The story thus far was captivating; no one that has played it is saying “I could care less what happens next.” Instead they are trying to speculate what will happen in season two. The only real complaints about the gameplay are that it wasn't exactly what many longtime HITMAN fans wanted. Dual wielding is recommended for the second season, as are things like a safehouse and sniper rifle briefcase. Personally, I do not want a briefcase because just being able to move around with a huge gun was part of the challenge. Graphically, this is one of the most beautiful games of 2016 and the biggest complaint about the music is that Jesper Kyd did not compose it. Despite Io's accomplishment in this department, this might still be the game's biggest shortcoming as all versions of the game are still full of both visual and audio bugs. The lack of voice actors and level music is also something that stands out. Fortunately, none of this breaks the game. Unless you hate games that makes you think on your feet, you should be playing HITMAN. Possibly its strongest asset is variety. Every level feels like you started a brand new game when you first play them. I always told my stream subs to get ready to watch me die repeatedly when a new episode debuted. If you even remotely consider yourself a “hardcore gamer,” this should be in your library.

EDITOR'S NOTE: This is from Slick to any contemplating the purchase of this game. This is not fueled by any kind of compensation from Square Enix, Io-Interactive or anyone else. Buy this game NOW. Wait until Black Friday to see if you can get a discount, but do not wait until January 31, 2017. You have already missed thirteen missions that you will never get a chance to play and the fourteenth is in progress now. Also, the PlayStation 4 is the version of choice. I know that must sound bias but there has been no talk of adding the Sarajevo Six content to Xbox One or PC. Between those six missions and the elusive targets, that is a lot of great content you are missing out on for FREE. I guarantee that you'll wind up wanting to play the earlier elusive missions and you simply cannot because they are gone for good. The longer you wait, the more you will miss.